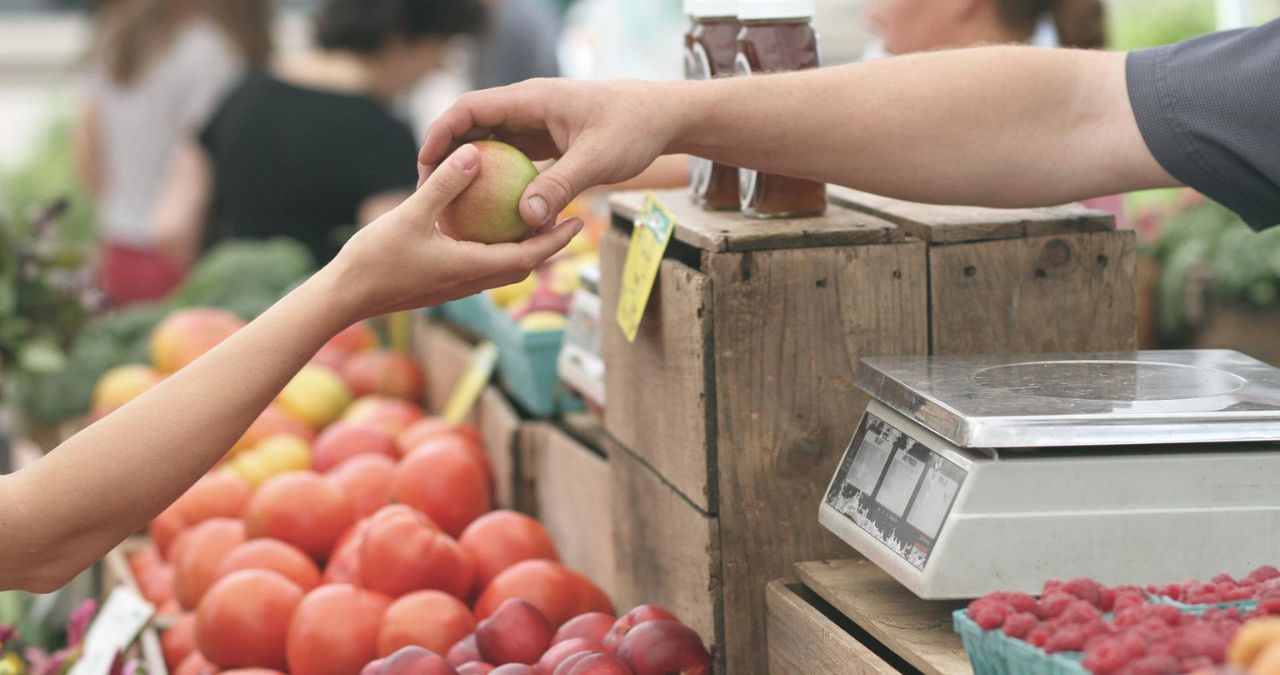 The United States is widely known for its locally produced food. Many types of foods are manufactured and grown right here in the U.S. From peaches to corn and the products that are made from processed versions of the raw products, almost any food product that you could imagine can be grown in the States.

Where is Locally Produced Food Sold?

While the United States exports some of its produce, a surprisingly large amount of what’s produced in the country stays in the States to be sold to third-party producers, restaurants, and consumers.

Here’s everything you need to know about the foods produced in the United States, and how much of it really stays in the country.

The next time you visit a grocery store or open a food cupboard, be sure to check the label for where the food comes from. Labeling regulations state that most food types have to disclose the country of manufacture. This can be anything from spaghetti noodles that were produced in Poland to beetroot that was grown right here in the United States.

Locally produced foods have many advantages over choosing to import the same goods. There are also many advantages to keeping the food in the United States instead of exporting it.

Food grown and produced in the United States costs less to deliver to US consumers. With less production and also less transport costs involved, consumers and retailers are able to pay less for food that has been produced in the US.

If you buy food that has been locally produced, you are directly supporting the country’s economy. You are also helping the farmers, workers, and production plants that help get the food to the retailer.

In summary, local food is cheap, easy to produce, and also contributes to the economy of the country.

The best places to find and buy locally grown foods are factory stores and farmer’s markets. Chefs and industry professionals know this, and that is why many restaurant or chain store owners will visit factory stores and farmer’s markets first. In fact, some of the best restaurants around support local farmers and offer farm-to-table dining experiences.

When you buy at a farmers market, you often get the first pick of locally produced goods before it even gets a chance to ship to other retailers. This is an advantage because the same goods are cheaper and easier to get rather than buying them in local consumer stores.

Consumer stores in the United States are the second stop for goods that are sold by manufacturers or producers.

Once you see a product in the store, it has been shipped from the producer to the store. If the product is from a local farm, then expect it to be cheaper than anything that might have been imported, thanks to import costs.

If you would like to know just how much, go through your food supply just to see how many of the products are fresh, and locally grown in the United States. Usually, the answer is most of them.

The United States also happens to export many of its consumer goods to other countries. This is typically done when the receiving country cannot grow or produce these products by themselves.

Large companies such as Coca-Cola provide one of the best examples in practice. While Coca-Cola canning is done by distributors in each individual country, the main supply of Coca-Cola raw syrup is still from the United States.